The ADR – a safe, effective procedure and a game-changer for cervical care – accounted for 40% of DISC's spine cases in 2021.

DISC performed its first ADR in 2014 and has since then doubled its caseload year over year. In 2021, DISC placed over 390 implants, and cervical ADR accounted for 40% of the center's spine cases. With a consistent 98% patient satisfaction score across its entire spine practice, DISC has never had an ADR-related surgical infection or any spine infection since its launch, in stark contrast to the 5% national average.

"Since Day 1, DISC has embraced a leading-edge approach to spine care that puts the patient experience and quality of outcome front and center," said DISC's founder and neurological spine surgeon Dr. Robert S. Bray, Jr. "To that end, we have refined artificial disc replacement surgery into a safe, same-day procedure using an incision the size of a quarter." 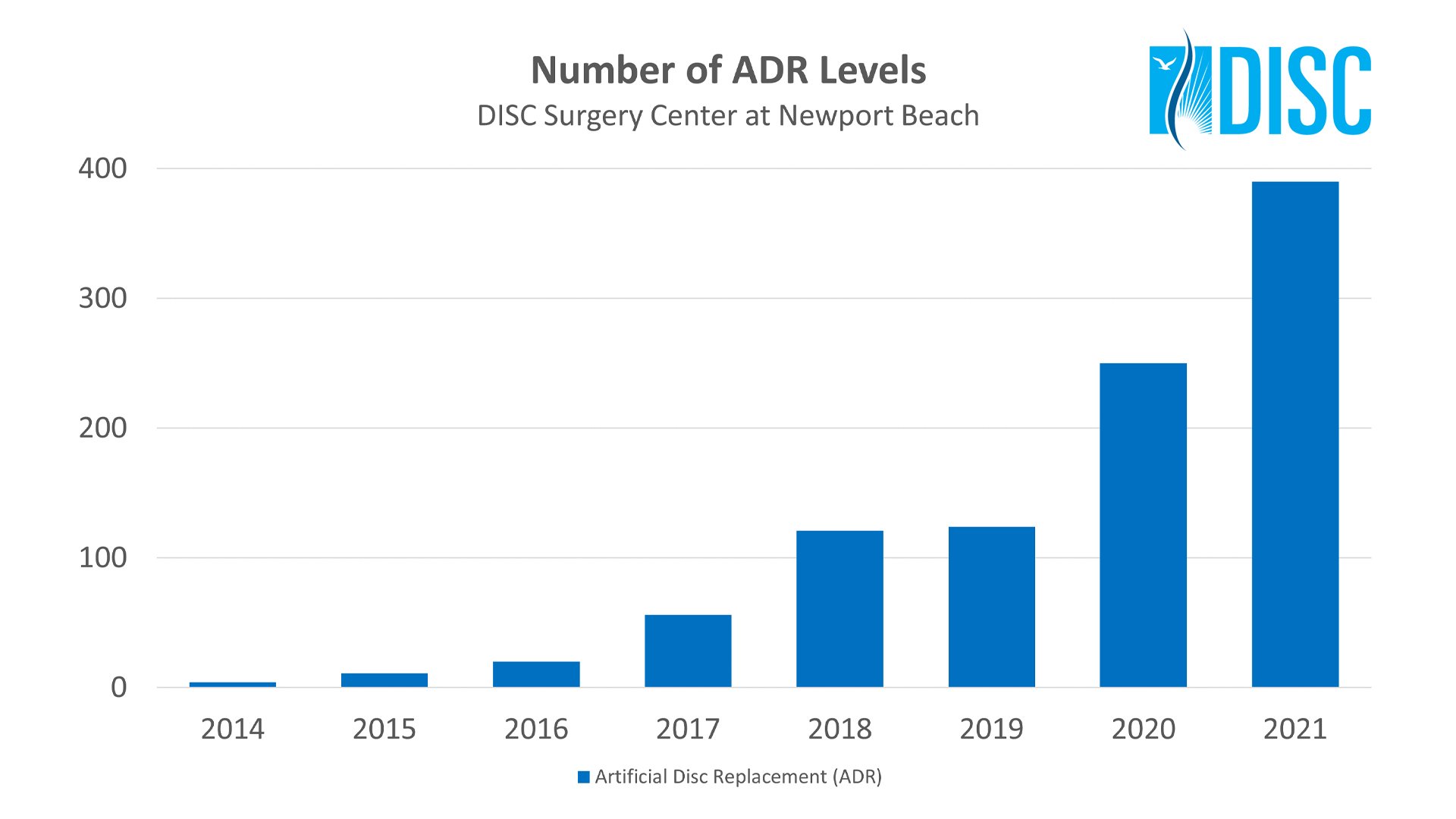 Dr. Bray recently worked with the NHL to help make cervical ADR an option for players whose injuries have them facing spinal fusions. In addition to operating on Chicago Blackhawks star forward Tyler Johnson, who returned to play after just three months, DISC has performed ADR surgeries on such recognized VIPs as actress Melissa Gilbert and motocross star Carey Hart, among others. The procedure is particularly attractive to athletes and action stars because it often allows them to resume mobility quicker than spinal fusion, with less pain and equal effectiveness.

Most ADR patients return to work in 1-2 weeks depending on the type of work they do and can achieve full recovery (and activity) between 8-10 weeks following surgery.

"The most exciting thing about reaching the 1,000th ADR milestone is the outcome data illustrating the effectiveness of this surgery as a motion preservation technique. Patients are also becoming savvier and more engaged in the process of determining the best surgery for their active lifestyles," explained DISC orthopedic surgeon Dr. Grant D. Shifflett. "This is really improving their quality of life."

In a typical month, DISC places over 35 artificial discs. Added DISC neurosurgeon Dr. Ali H. Mesiwala: "In addition to cervical cases, we are now performing lumbar disc replacement in the outpatient setting. Minimally invasive motion preservation like this is truly the future of spine."

According to Market Data Forecast, the artificial disc replacement industry is expected to grow by some 19% to $6.3 billion by 2027.

Dr. Bray in the News About Work with NHL ...

Dr. Bray has been featured in two articles about his work with National Hockey League (NHL) star Tyler Johnson. These...

Dr. Michael Port was invited to be a guest editor of the Pain Management Special Edition of Outpatient Surgery. As guest...